Numerous factors are involved when you have to consider whether or not to go about doing elevator upgrading. Many of these strategic decisions, if not all, have to be taken into careful consideration as you are evaluating all of your possible options. Since elevators usually prove to be points of interaction with so many of your other building services, every choice you make can have tremendous influence on many of the other aspects of your building. If you want to take the most effective course of action towards minimising your risks of expensive mistakes, then front-end planning in advance is certainly the best way to go.

However, how can a facility or property manager know whether they should choose a basic repair or opt for a total modernisation for their elevator upgrading? It’s a frequent question that landlords and property owners alike struggle with. Prior to modernising an elevator, you should take some time to consider just why modernisation might prove necessary, or if your elevator upgrading can simply be repairs with partial upgrades.

Should You Consider Modernising Your Elevator?

When looking into the possibility or situation of elevator upgrading, facility managers and property operators would be best advised to find out what code applies to their location. Many countries have a society of mechanical engineers which includes the most educated and intelligent minds in the industry, and they often publish a code of standards that all elevators should be operating in alignment with. In fact, these codes are sometimes legally binding. If they’re not enforced by federal regulations at a national level, then they might be used at a local or regional level by lower governments. In any case, keeping up with the best practises will keep an elevator running longer and better in most cases.

As you look at any applicable codes that cover your own building, property, or structure, you need to be mindful of a few crucial pieces of information. First of all, you need to determine just which code version is actually in effect. Elevator codes are updated every once in a while, often with annual changes that reflect new modifications, technology, and ideas. If your jurisdiction is using a code from five years ago, it might be an easy affair to stay in compliance with it, but modernisation is going to slip further and further from you. That can have a huge impact on your budget and operational capacity in the future. Most manufacturers of elevators will build to the most recently available versions of the code. In a number of circumstances, using the wrong code edition can incur substantial costs later on. 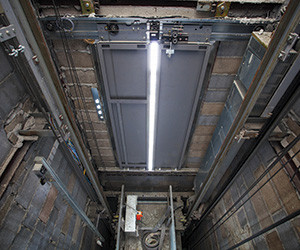 A second thing that is worthy of consideration is just what the idea of modernisation even actually means. Modernisation is actually a pretty common term within the industry, but many elevator codes might actually use the term ‘alteration’ interchangeably. The majority of alterations will mean that the whole elevator system, not just the parts that are broken or worn down, will get brought up to the standards of the current edition of the code or codes you fall under. It’s crucial to thoroughly consider whether or not an elevator system will require just one repair to improve your operations or whether or not a total overhaul is going to be necessary.

While the term ‘modernisation’ might get tossed around a lot, it doesn’t really have a set definition. It’s possible to have an elevator that is actually quite modern but could still stand to benefit from a number of alterations. The concept of alterations does have specific definitions and examples, which could include any change to the equipment and hardware, such as subsystems, components, and parts, which are part of replacements, repairs, or maintenance.

So, the concept of upgrading an elevator would therefore be anything that falls outside the areas of repair, maintenance, and replacement. For an elevator, the concept of maintenance typically means doing a routine examination and then cleaning, lubrication, and adjustment of subsystems, parts, and components with the intention of maintaining performance in alignment with the requirements of any applicable codes you fall under the jurisdiction of. A repair would then be the renewal or reconditioning of parts, subsystems, or components needed and required to keep your elevator equipment in compliance and alignment with existing standards as laid out by the code.

Replacement, then, is defined as the substitution of any subsystem, component, or device, in full entirety, with any unit that is generally identical or interchangeable with the original for the intent of continuing performance per the requirements of the code. For instance, a repair might involve a rewound hoist motor, but a new hoist motor with identical characteristics would qualify as a replacement, and then modernisation or upgrading would be a brand-new hoist motor that has additional functions, features, or controls.

Elevator upgrades and modernisations aren’t like new construction projects. That is, they’re not typically designed by the specific engineer or architect who initially designed the entire building. What this means is that elevator upgrades, for all their good intent, might cause issues for building or property owners during said project, and sometimes even after the elevator-related work is done. The big reason behind this is that many elevator codes dictate that that work be done that typical elevator contractors simply aren’t trained to handle. That could include electrical tasks, HVAC matters, and even structural work.

One other problem that has the potential to be a huge issue is if an elevator contractor approaches you and says that your equipment is now obsolete. Take such claims with a grain of salt, and be cautious about accepting the first opinion you hear as truth. The industry has numerous reputable sources for replacement parts, often including the very manufacturer that originally produced your current equipment. 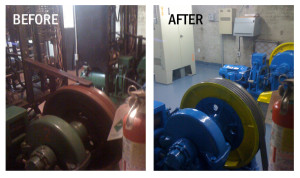 One other potential trouble spot is that sometimes, the proposed elevator upgrades might include work that is actually already covered by your preexisting maintenance agreement. A lot of contractors will actually pad half as much of their proposal with such work, in effect double charging clients for such tasks. Carefully review your own maintenance agreement and compare it to the upgrade proposal to make sure you don’t overpay. Of course, also consider doing business with someone more honest and reputable in the future. Internet background checks and reviews make this kind of scam easier to flush out than it used to be.

Whatever you decide to do about your elevator or elevators, keep in mind that other building systems might need to be looked at or worked on at the same time. As stated earlier, elevators are just one building system but do serve as a point of interface with many others throughout your property. You might have to integrate smoke and fire alarm systems, as well as make changes to your emergency power layout, given that some newer elevator drives just don’t work great on generators. Elevator upgrades also typically mean a need for more cooling in the elevator machine room, so HVAC upgrades might be the order of the day.

On top of all the immediate financial and technical details to be mindful of, also consider the needs and requirements of those that actually use your building. If you let out units to residents or businesses needing commercial space, their satisfaction will determine how many units you actually contract out, as well as impact your retention rates. The quality of your property can even impact how much income you actually generate. If you operate a facility with the intention of profit, this might matter more than anything.